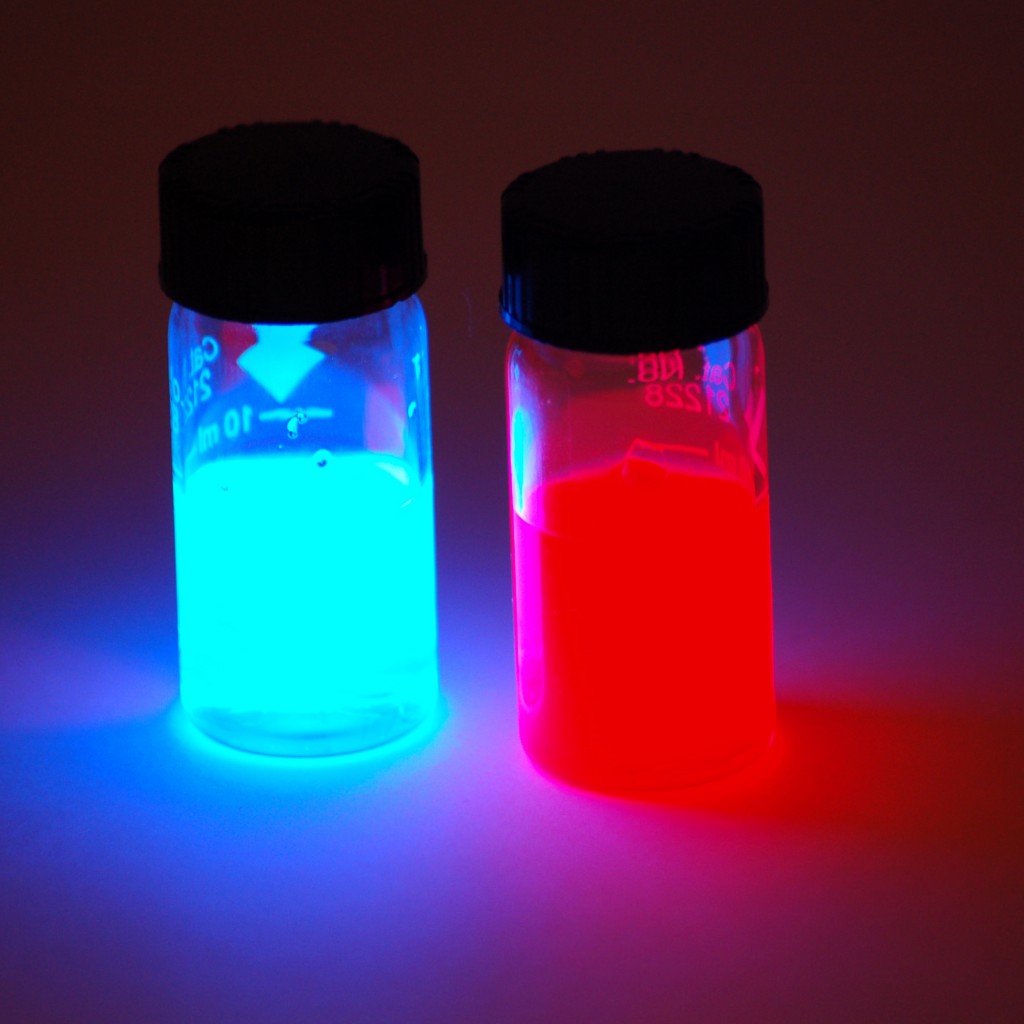 Quantum dots are nano-sized crystals of semiconductors with unique optical properties that make them a valuable tool in a wide range of interesting and important applications. Quantum dots can be designed to emit a particular colored light by altering their size, they are long-lived and fluoresce brightly. Consequently, they have been used extensively in biological imaging studies, where they have facilitated the observation of detailed biological processes at the molecular level.

The information gained through such research has furthered understanding of developmental processes and the underlying basis of many diseases. It has also been proposed that quantum dots could be used in the diagnosis and monitoring of cancer or be armed with tumor-fighting toxic therapies to play a role in the treatment of cancer.

The usefulness and application of quantum dot technology continues to expand and research is striving to bring their benefits to more and more technologically applied fields. However, the surface chemistry of quantum dots remains poorly understood and cytotoxicity remains a barrier to their use.

The main components of quantum dots are the heavy metals cadmium and selenium, which are highly toxic to living creatures. They cause developmental abnormalities and serious health issues, most notably on the kidneys, liver and vascular system. The in vivo use of quantum dots in their native state is thus precluded. In attempts to overcome this, quantum dots have been produced with a variety of protective coatings to reduce their toxicity without interfering with their ability to fluoresce.

Researchers have recently used chicken embryos to test the toxicity of quantum dots in vivo and to assess how effective the coatings are in containing the toxicity. Chicken embryos are readily available and provide an easy-to-use model for toxicity testing.

The results showed that maltodextrin modification of quantum dots, previously reported to control toxicity related to cadmium and selenium leakage, did not prevent quantum dot toxicity. Quantum dots with maltodextrin were found to be cytotoxic and embryotoxic unless used at very low concentrations, which promoted cell growth. The observed toxicity was dose-dependent and most marked in the heart, central nervous system and neural tube.

It was also reported that the chorio-allantoic membrane of the chicken embryo, which is highly vascularized, was successfully visualized using quantum dots. The quantum dots circulated unchanged in the embryonic blood vessels for 4 days. This could provide a model for studying the growth of blood vessels, which is an important aspect in the control of many cancers.

Blažková I, et al. Application of quantum dots into chicken embryos. Journal of Metallomics and Nanotechnologies 2014;3: 26–28.