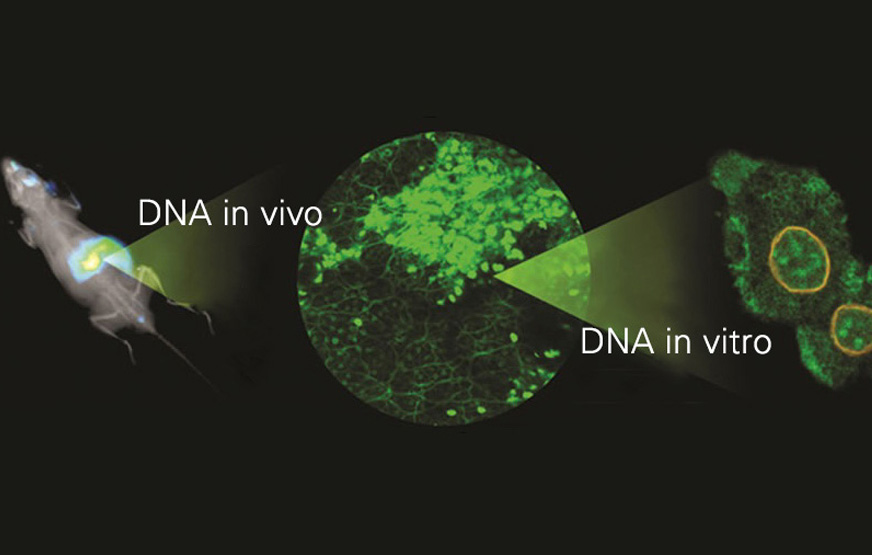 A team in Brazil, led by Professor Gustavo Menezes, research advisor at the Department of Morphology Institute of Biological Sciences, has shown that it is possible to view living animals through innovative usage of reagents and an adapted conventional microscope. They have called the novel technique intravital microscopy.

Their work has so far focussed mainly on the effects of liver toxicity, but provides a model for elucidating similar processes in other organs such as the lung, heart, kidney, and brain. The In Vivo MS FX PRO animal optical imaging system combines multispectral fluorescence, luminescence, radioisotopic and high resolution X-ray providing a range of imaging applications for studying disease states in vivo. The research is about creating patent applications that correspond to processes and, potentially, a new pharmaceutical that can prevent uncontrolled immune activation in the presence of these dead cell products.

They have recently used the technique to show that when hepatic cells begin to die due to medical stress or disease, their genetic material is released into blood vessels in the liver.

Products of Dead Cells Exacerbate Liver Injury
Professor Menezes says that while most cells in the body carry one copy of an individual’s genome, a single liver cell or hepatocyte can have up to 16 copies. When the liver cells are under stress, the genetic material inside them is expelled. Immune cells then move towards the site of DNA accumulation.

The group’s previous research had demonstrated that dead cell products worsen liver injury by causing the immune system to function in an uncontrolled manner. When this genetic material lies outside of the cell, it signals a problem to the immune system, which then becomes activated in response, explains Menezes.

During liver injury, the dead cell products that get released enter the circulation and trigger immune responses in other parts of the body, which can cause other organs to fail. For instance, the very thin vessels in the lung where gaseous exchange occurs are filled with leukocytes. When these products enter the vessels, the leukocytes become activated and start to destroy the lung.

Removal of DNA Build-up
This discovery may help in the management of liver toxicity in clinical. For example, if a patient takes too much of a medication metabolised by the liver (including teas used for weight loss and anabolic steroids) the liver gets overloaded and parts of it start to die. Physicians try to keep the patient alive until the body recovers but in trying to control the process, the immune system becomes overactivated, which leads to an inflammatory response that only increases the damage. In more severe cases, liver transplantation is the only solution. According to Menezes, removal of this DNA build-up and prevention of the immune activation can reduce more than half of the liver problem.

Intravital Microscopy Technique
Images obtained in the survey showed a body full of DNA material that was destroyed within minutes of a certain enzyme being applied. The researchers suggest that application of this technique prior to liver transplantation may increase the chance of the procedure being successful.

Menezes says the research team is working to encourage the use of liver visualization techniques in universities across Brazil and other countries. Among the technologies promoted by the team are intravital confocal microscopy and the adaptation of conventional microscopes to examine living animals.

Conclusion
New non-invasive in vivo optical imaging techniques allow cellular processes and the impact of toxins and disease to be viewed as they happen in living animals. In particular, intravital microscopy provided a unique method for viewing the processes leading to acute liver failure. Drug-induced liver damage was shown to result in extracellular DNA accumulation and the induction of inflammatory responses. This greater understanding may provide improved therapeutic opportunities for drug-induced liver injury.

Using the In Vivo MS FX PRO has opened up the potential for elucidating similar processes in a range of other organs, and the development of novel management strategies.