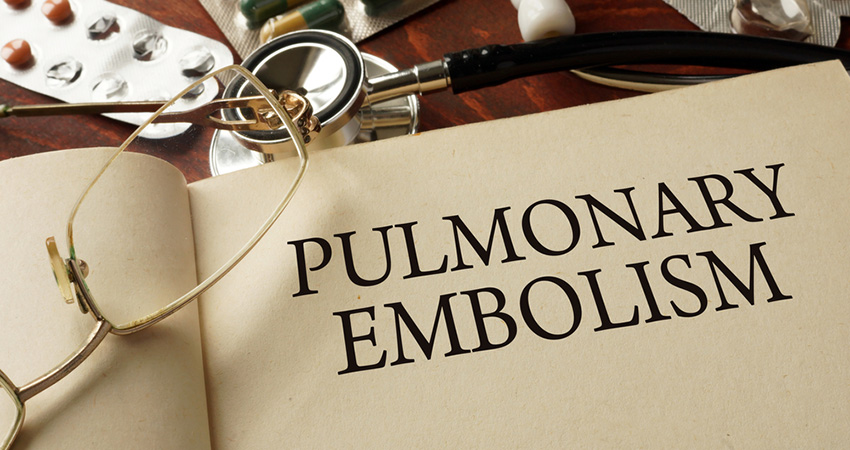 Pulmonary embolisms may be detectable in the future by using magnetic resonance imaging (MRI) with contrast agents on activated platelets. This could avoid patients undergoing diagnosis with technologies that use radiation. Medical staff are encouraged to keep exposure at a minimum where possible.

Researchers at the Heart Center Freiburg University, Heidt, Ehrismann et al., were able to detect the activated platelets in a pulmonary embolism at a high enough sensitivity for diagnostic relevance using a new MRI method. Ordinarily, MRI scans of this condition in the lung are not sensitive enough for clinically beneficial information and do not provide clear images.

A pulmonary embolism is a life-threatening blockage or clot in the artery to the lungs.  It is often caused by a blood clot that initially formed in the leg. One traditional way of detecting the pulmonary embolism is by using a contrast-enhanced computed tomography (CT), a radiation method that uses x-rays and dye to show the insides of the patient’s body. Another alternative detection method is ventilation-perfusion scintigraphy, a method using radioisotopes to measure and analyse the air and blood flow in the lungs of a patient.

In the new MRI method, the researchers used a BioSpec94/20 Bruker MRI to image mice lungs. At the beginning of the experiment, the animals were initially placed under anesthetic using a subcutaneous injection of ketamine and xylazine. The mice were then all intravenously injected with human thrombin in saline to induce pulmonary thromboembolism.

A key factor in the experiment is that activated platelets have ligand-induced binding sites (LIBS) of the GPIIb/IIIa receptor. Monoclonal anti-LIBS single-chain antibody will preferentially bind to these LIBS in preference to non-activated platelets.

MPIO-labeled single-chain antibodies, combined with a contrast agent were chosen to use with the activated platelets. MPIO is an iron oxide that gives a clear image with MRI. A control group of antibodies, control-MPIO, was also created for comparison purposes.

The animals were then injected with the platelet specific single-chain antibody LIBS-MPIO which is attracted to platelets in clots or the Control-MPIO 30 minutes after the thrombin injection.

MRI scans were taken of the animals’ lungs at three different stages with the animals in coronal and axial orientation. The imaging was carried out prior to the addition of thrombin, after thrombin and then after the injection of LIBS-MPIO. The resulting images were then analyzed for each of these stages and compared.

The LIBS contrast agent showed up clearly in the clots. The signals in the images were analyzed using custom-made software. These locations gave an increased signal for the MRI.

Scientists believe there could be great value in diagnostic techniques that avoid radiation but also provide functional and anatomical details. There is potential for more research in this field to assess the benefits of other contrast agents.