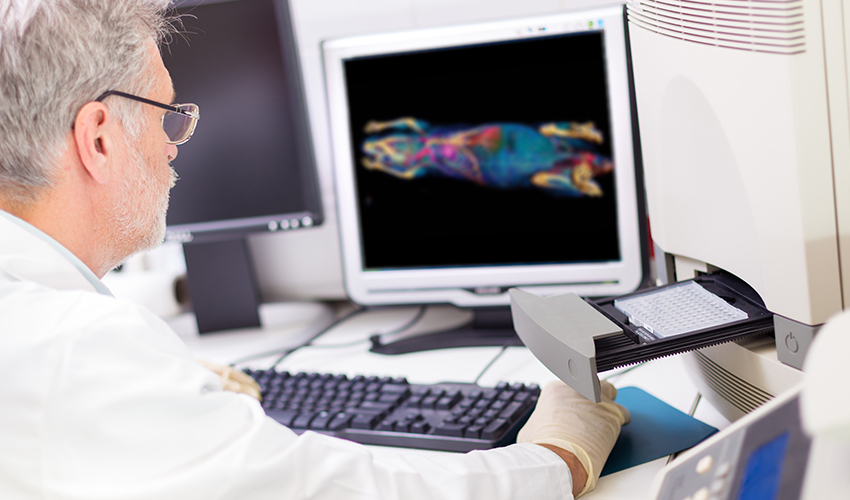 Inflammation and injury of muscle cells following contraction are hallmarks of Duchenne muscular dystrophy (DMD), an X-linked genetic disease that causes progressive muscle wasting. Symptoms appear early in life, usually before the age of six, generally affecting only males, and usually leading to paralysis and death by early adulthood. The disease has been associated with activity of the pro‐inflammatory transcription factor NFκB. The standard-of-care treatment using glucocorticoid drugs such as prednisone may act by inhibition of the NFκB pathway, reducing inflammation and muscle cell damage.
Unfortunately, long-term treatment with glucocorticoids carries harsh side effects, including bone fragility and stunted growth, limiting their usefulness, especially in children. Researchers are seeking new drug candidates that exhibit the positive attributes of glucocorticoids, including NFκB inhibition, without the damaging side effects.

Heier and colleagues identified a new anti-inflammatory and membrane-stabilizing compound called VBP15 that shows promise as a replacement for glucocorticoid therapy in DMD. They demonstrated that VBP15 inhibits NFκB pro-inflammatory activity in muscle cells with similar potency as prednisone. Skeletal muscle cells treated with VBP15 in vitro showed less damage after laser injury than untreated or prednisone-treated cells.
Heier et al. compared VBP15’s effects to those of prednisone and vehicle controls in vivo before and after onset of symptoms in a mouse model of DMD. In both cases, VBP15-treated animals retained better muscle strength. Prednisone but not VPB15 resulted in some strength loss over time, together with slowed growth in developing mice. Optical imaging revealed reduced inflammation in VBP15-treated mice; histopathology showed a corresponding decrease in muscle inflammation. VBP15 produced these benefits without any of the side effects seen with prednisone treatment.

With the help of the Bruker microCT technology, Heier et al. successfully demonstrated both preventative and palliative effects of VBP15 in DMD model mice, independent of the immunotoxicity, growth impairment, or bone-weakening effects of glucocorticoids. The new compound is moving forward for possible study in man, giving patients with this debilitating disease hope of a new treatment without the side effects of glucocorticoid medication.