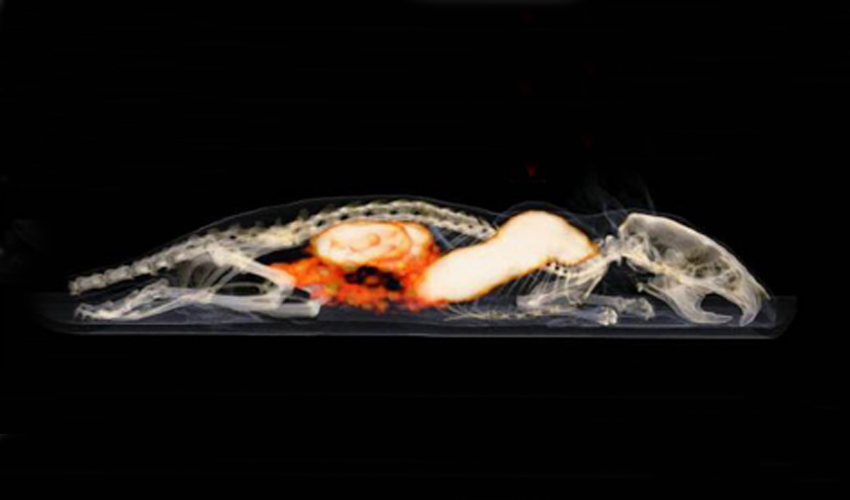 Integrins are cell adhesion receptor proteins that regulate a diverse array of cellular functions related to cell adhesion. They are expressed by a wide variety of cell types and are involved in cell-cell, cell-extracellular matrix, and cell-pathogen interactions. Such a function means that they play a crucial role in the initiation, progression and metastasis of solid tumors. They have consequently become key players in the development of agents for tumor imaging and an appealing target for cancer therapy.

Cyclic arginine-glycine-aspartic acid (RGD) peptides have a strong affinity for the integrin protein and possess high metabolic stability. They are thus commonly used for imaging integrin expression using a range of labelling techniques. Most recently, multiple RGD sequences have been combined into a single molecule to increase binding affinity and improve uptake by the targeted tumor. However, the use of these constructs in the clinical setting was limited since the labelling process was complex and time-consuming. Direct labelling with radiometals, such as Ga-68 is much simpler, has a good yield and provides high specific activity.

The radioactive metal can be added to the RGD construct either directly or using a PEG linker. The in vitro and in vivo characteristics of three different Ga-68-labelled multimeric fusarinine C-RGD (FSC-RGD) conjugates have now been compared to investigate whether or not direct labelling is preferable to the use of linkers. A monomeric conjugate was also tested to confirm the benefits of including multiple RGD peptides. Labelling with Ga-68 was used since it has a high positron yield and its half-life is compatible with the pharmacokinetics of RGD peptides.

In vitro, the partition coefficient, integrin binding affinity, and cell uptake were determined. In vivo biodistribution was assessed in mice with human melanoma or glioblastoma tumor xenografts. MicroPET/CT scans were conducted while the mice were under general anesthesia using the Albira microPET/SPECT/CT imaging system and the images were reconstructed with Albira software.

The [68Ga]FSC-RGD conjugates were highly stable and the type of linker between FSC and RGD had no pronounced effect on targeting. However, the multimeric RGD constructs showed improved integrin binding affinity, greater receptor-selective tumor uptake, and more rapid renal excretion compared with the monomeric constructs.