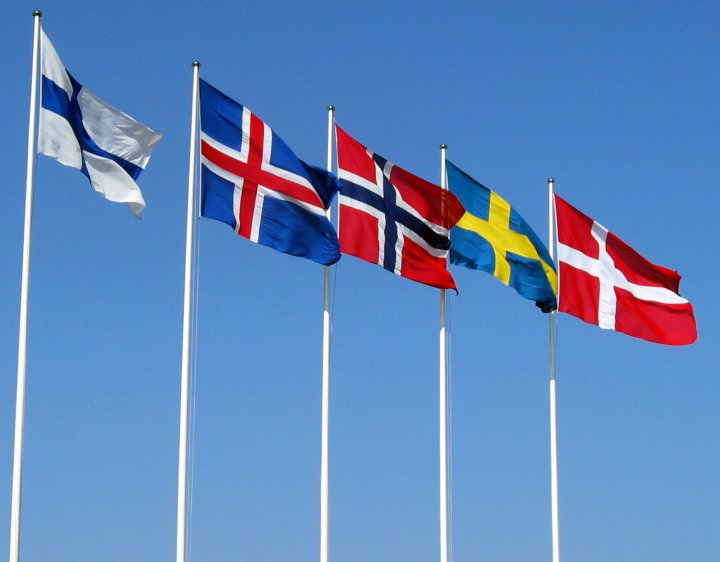 Scandinavia is the focus of this installment of our “Getting To Know” series and we are pleased to have Larus Einarsson, Managing Director of Bruker BioSpin Scandinavia, give us a glimpse into this market and Bruker’s unique history here.

Can you give us an introduction to the Stockholm office – where are you based, and how many staff are there?

The office is located in Solna, which is a suburb to the north of Stockholm, between the city and Arlande airport – so it’s a very convenient location, as we use the airport a lot to visit our customers around the Nordic area.

Our office is the Scandinavian, or Nordic headquarters for all four Bruker divisions (Biospin, Daltonics, Optics and AXS). I work as a salesperson for Biospin, mostly focusing on classical NMR. I have a colleague working with me on the NMR and preclinical imaging market. I am also the manager of the Optics and Daltonics divisions, although this is mostly a formality, the divisions are all equally represented here.

Bruker has 45 employees in the Nordic area altogether. 25 are based here in Solna, and there is also a large group working for Daltonics in Denmark, because of the large market for mass spectrometry there. Then apart from the main offices, we also have regional sales and support staff working from home as well.

What territories are you responsible for? How does your region compare in terms of market to other areas where Bruker is active?

The territory we cover is Scandinavia (Norway, Sweden and Denmark), Iceland and Finland, which together are called the Nordic countries. For the Biospin and Daltonics divisions, we now also cover the Baltics (Estonia, Latvia and Lithuania).

Our territory has often been compared to Canada, as the populations are fairly similar (just over 25 million here, around 35 million in Canada), and because our customers are quite spread out geographically. We have the benefit of fewer time zones to deal with however – most of the long distances we deal with are from north to south, rather than east to west, so time differences are much less of an issue.

Also unlike the Canadian market, because we cover a number of different countries, there are some differences in the markets within the region. Norway and Finland have very similar market sizes in NMR “per capita”, and similar distributions between academia and industry. Sweden and Denmark are also quite similar to each other in this respect, but quite different to Norway and Finland. The market is there bigger, and the industrial part of the market is also bigger.

It shouldn’t be surprising that industrial customers are a larger part of our market in Denmark and Sweden than in Norway and Finland, as there is a general trend towards more activity in advanced chemical and biological industry and research the further south you go in Scandinavia.

Can you tell us a bit about the history of Bruker in Scandinavia? How was the Stockholm office set up?

Bruker’s presence in Scandinavia happened pretty early in Bruker’s history – the office opened in 1972, just 12 years after Bruker was founded in 1960. This was as a very small operation for some time, with just a few service technicians, and very little in the way of sales activities. I joined straight from university in 1989, and at that point there was one salesperson focused on NMR, who I succeeded, and one handling all the other areas, like infrared spectroscopy and mass spectrometry.

Between the 1990s and 2008, the various divisions of Bruker were split off into their own companies (Bruker Daltonics Scandinavia AB, Bruker Optics Scandinavia AB), and the original company was renamed Bruker Biospin Scandinavia AB, since we were then only handling the magnetic resonance products.

In 2008, all the divisions moved to the office we have now in Solna. Even though the different parts of Bruker are set up as different companies, we are now all together in the same facility, which we weren’t before.

How has the magnetic resonance market in Scandinavia changed over the years?

Our market is around 70% academia and 30% industry, as a rough estimate – obviously it varies between the regions, as we discussed, and there is also variation between the different types of instrumentation.

The main industrial market for NMR is in pharmaceuticals. Over time, all over Europe, we have seen a trend towards consolidation in this industry. This has meant moving research out of Scandinavia – this is particularly noticeable in Finland and Norway, and has also started to happen in Sweden. Over half of Astra Zeneca’s research capacity has moved out of Sweden in the last 4-5 years. Pharmacia, a big Swedish pharma company, merged with Upjohn in America some time ago, and has now been acquired by Pfizer, with very little research capacity left in Sweden.

This trend has led to a decrease in the traditional industrial market for us, as more of the R&D activity moves to locations elsewhere. This has had a much bigger impact on NMR than on the other types of instrumentation, since it is usually only in the larger MedChem research labs you will find NMR instruments.

We still see growth in the use of NMR in academic research, however, and there are certainly lots of new applications for NMR in industry to pursue – it will be interesting to see how this area develops over the near future.

How is Bruker involved with the NMR community in Scandinavia?

The NMR community in each country runs their own NMR meetings (with the exception of Iceland) – this is a tradition similar to what you might see in the UK with the Royal Society, or many other European countries which have national meetings for specific scientific communities. This is a very long-running and popular tradition – the Finnish annual symposium, which is happening this April, will be the 37th edition, for example.

We generally organize a user meeting around the times of these national NMR meetings. This is a really nice time for us to talk to all of our users, since everyone is already gathered in one place. Our user meetings typically consist of talks given by applications experts from our demo labs, and some workshops and discussions – similar in structure to Bruker meetings in other countries.

We should consider ourselves lucky that the NMR user community is so strong – it happens in other fields too, like mass spectrometry for example, but there are many other areas where the industry-academia balance is different, or the weight carried by fundamental research is different, where these national meetings have never really got off the ground.

As a salesperson in this market, it is likely that you have a university degree, and are familiar with the techniques and the research. So as such you are really a part of this community from the beginning as an individual – this also makes it quite easy to participate as a representative of Bruker.

What are your thoughts on the future of the market for Bruker’s magnetic resonance instrumentation in Scandinavia?

I think there is definitely room for NMR to grow as more of a tool. We are used to seeing NMR primarily being used in molecular research or structural biology, but we are now also seeing NMR being adopted more and more for clinical and quality control applications, as part of a set of analytical tools.

Metabolomics is a great example of this, where NMR is an incredibly important part of that growing field due to its ability for in depth analyses of mixtures of complex metabolites – and Bruker has played a key role in the development of this field. This is part of a move towards using NMR in clinical research, where the outputs from the studies are used to directly inform medical practice.

We have also seen companies that are using NMR for quality control in the food industry, analysing wine or juices – I think NMR has proven itself in this area.