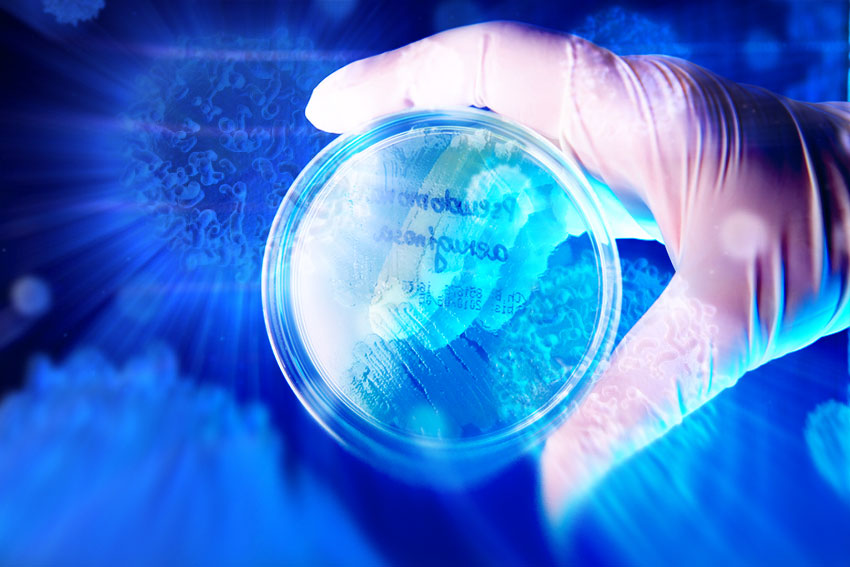 The bacterium Pseudomonas aeruginosa (P. aeruginosa) is an opportunistic pathogen that causes complicated and sometimes life threatening infection in susceptible patients such as those in intensive care, burns units or people with cystic fibrosis.

As one of the many bacteria that form a biofilm during infection, there is a need to elucidate how P. aeruginosa cells interact with each other to aid motility, attachment and colonization of surfaces before the biofilms are formed.

It has already been demonstrated that the behavior of this bacteria is influenced by its motility, which is conferred by cell appendages called flagella and type IV pili (TFP). It is also well established that TFP-deficient mutant strains of P. aeruginosa demonstrate increased swarming, a type of surface motility that precedes the formation of biofilms.

As reported in the Proceedings of the National Academy of Sciences, Joshua Shrout (University of Notre Dame, Indiana, United States) and colleagues examined the influence of TFP on the flagella-mediated swarm motility of P. aeruginosa. They studied the in vitro swarming of P. aeruginosa wild-type and TFP-deficient strains to elucidate any differences in cell-to-cell patterning between the two cell populations. Next, they used a cell-based computational model to look at the mechanism of interactions between the cells.

The team found that TPF affects how P. aeruginosa cells organize themselves during swarming. The TPF-deficient cells were more systematically ordered at the advancing swarm edge than wild-type cells and were also more likely to form clusters of 10 or more cells at the swarm edge. In addition, the researchers noted differences in the swarm profile height, with wild type cells forming a swarm that was approximately twice as high as that formed by the TPF-deficient cells. This can probably be explained by increased spreading in the TFP-deficient swarm, which expanded an average of 7mm further than the wild type swarm.

Computer simulations of the swarming patterns predicted that during swarm expansion, TFP-deficient cells would spread more easily as lone cells than the wild-type cells, which had significant TFP interaction. Shrout and colleagues then tested this prediction in vitro by examining cocultures of P. aeruginosa with and without TFP. Imaging of the coculture swarm assays using the In-Vivo Xtreme imaging station (Bruker BioSpin Corp., USA) showed that TFP strongly interacted with other TFP producing cells and that the swarm edges became dominated with TFP deficient cells, while the swarm center was mainly populated by wild-type cells.

Further computer simulation examining the interaction of cells with and without TFP showed that TFP-deficient cells were able to move through a population of TFP cells and a larger proportion of them reached the swarm edge.

Shrout and colleagues therefore conclude that wild type P.aeruginosa cells use TFP to interact with each other and control how they are organized within motile swarms. These interactions aid P. aeruginosa survival by moderating swarming so that the bacteria avoid a toxic environment.