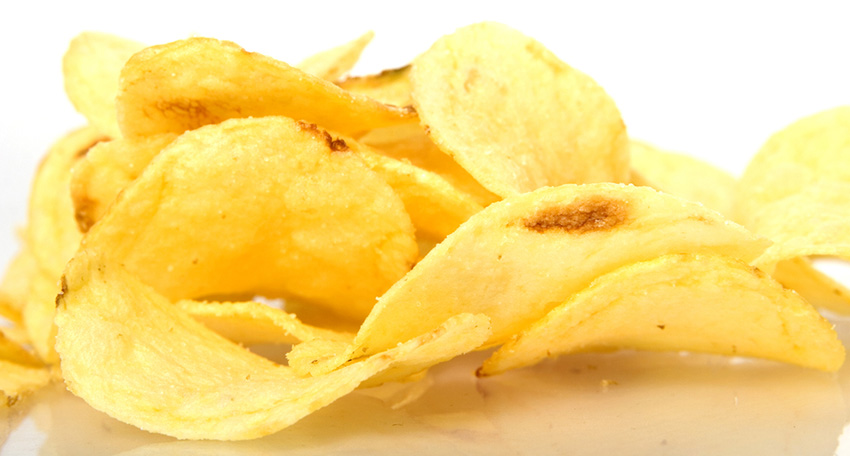 It’s evening, you aren’t actually hungry, but you want a snack. You reach for a bag of potato chips. Before you know it, you’ve consumed calories you don’t need. The healthy balance of caloric energy consumed and expended is out of balance. While occasionally indulging is rarely a problem, regularly eating more than needed leads to weight gain.

Determining why people eat when they are not hungry and why they choose certain foods, like chocolate and potato chips, is complicated. Given increasing rates of worldwide obesity — one-third of the world’s population is obese — and the associated health risks and financial costs, researchers dedicate a lot of energy to figuring out overeating and obesity. Still, solutions have been hard to come by. One hope is to improve methods of investigating how brain activity changes in relation to eating.

Since tracking brain activity may contribute to understanding and solving the problem of overeating, a team of German researchers set out to answer these questions and, in the process, evaluate a new method to measure the brain activity of rats when they eat snack foods. They reviewed available methods of monitoring brain activity and aimed to find one that might provide clearer and more precise results. Specifically, they wanted to know if a specialized kind of magnetic resonance imaging (MRI) using manganese as a contrast agent, and administering manganese over time, could enhance imaging. The results appear in two studies, Manganese-Enhanced Magnetic Resonance Imaging for Mapping of Whole Brain Activity Patterns Associated with the Intake of Snack Food in Ad Libitum Fed Rats, and Fat/Carbohydrate Ratio but Not Energy Density Determines Snack Food Intake and Activates Brain Reward Areas.

Is snack preference linked to calories or ratio of fat/carbohydrates?

Scientists have explored why people veer from the natural balance between eating and energy expenditure. Is it the desire for high-calorie foods? Does the fat/carbohydrate ratio impact food choice? Why does someone pick up the chips and not the apple? What, precisely, goes on in a brain when someone is munching away?

To monitor activity in the brains of rats provided with their usual food versus “snack foods,” researchers studied groups of rats given various snack choices. Previous research has established that many of the most palatable foods are high in fat and calories, so the researchers developed snacks in keeping with that information.

In a preference test designed to determine if caloric content or fat/carbohydrate ratio are key to choosing a snack, the team compared the intake of foods made from the same components but combined in different ratios. At first, food intake increased as fat content and calories increased, which did not clarify if calories or ratio were key to increased snacking. But, once the snack food reached a fat/carbohydrate ratio of 35 percent fat to 45 percent carbohydrates, rat consumption plateaued. That demonstrated that higher calorie foods no longer tempted the rats. The conclusion: Fat/carbohydrate ratio, not calories, was the key to snack intake.

It’s worth noting that, although the snack in the preference test did not contain potato chips, its ratio matched that of potato chips. Next, the researchers wanted to see if the ratio was the only important factor in tempting rats to overeat.

The team established three groups of rats. All rats had access to as much of their regular food pellets as they wanted. Each of the groups also got an additional snack. The control group got a snack of regular pellets ground into a powder. Another group got the powdered mixture of sunflower oil and maize starch used in the preference test and designated as FCH. A third group got ground up potato chips. At the end of the study, researchers gathered brain images and quantified activity in dozens of key areas of the brain representing food intake/satiety, reward, locomotor activity and sleep.

In previous studies, scientists collected whole brain images of test rats using traditional MRI techniques. A major limitation, however, was that MRI’s had to be taken very close in time to food intake. Linking stimulus and testing so closely is not an ideal way to design a study.

Subsequent studies employed manganese as a contrast agent. Manganese builds up in brain structures over time, enabling the decoupling of stimulus and imaging. Researchers injected rats with a single dose of manganese and then collected images using manganese-enhanced MRI (MEMRI.) But, using enough manganese to get accurate images and administering it all at once altered the rats’ behavior, making them sluggish. The researchers hypothesized that administering manganese over time using an osmotic pump might eliminate the behavior slowdown and provide more accurate readings of brain activity.

Using Bruker magnetic resonance tomography (Bruker BioSpec 47/40, 200 mT/m, quadrature surface brain coil) researchers collected images of brain activity. After anesthetizing the rats, researchers placed each rat into an animal cradle and implanted osmotic pumps that would allow scientists to administer manganese over seven days. Throughout the procedure, anesthesia was administered through a nose-mouth mask, body temperature was controlled through a warm water bath and breathing was monitored by a sensor underneath the chest.

After the rats received manganese and snacks for seven days, researchers took whole brain images of the rats using MEMRI. The images revealed locations of increased and decreased brain activity. Not surprisingly to anyone who has ever finished off an entire bag of potato chips while sitting in front of a television set, areas of the brain linked to locomotor activity showed increased activity: The rats moved to get the potato chips. Similarly, brain areas related to reward lit up. Areas known to balance food intake and energy expended showed lower activity than usual. Snacking on potato chips overrode systems responsible for maintaining natural homeostasis. Additionally, locations associated with sleep were less active. (Researchers note that it is unclear if the rats slept less because they were moving around to eat a rewarding food or if the snack food itself independently down-regulated sleep.)

Activity in rats who ate the FCH snack showed some similar changes in brain activity as seen in rats who got potato chips, but the changes appeared in fewer areas and were more modulated. The rats “liked” the potato chips more than the FCH, and brain activity changes reflected more intense responses. Increase activity in the locomotor and reward centers appeared in both the daytime (12 hours of light) and nighttime phases. Interestingly, the increases were significantly more pronounced at night. Rats, like humans, seem inclined to indulge more in snack food at higher rates at night. The golden ratio made a big difference, but there were other factors at play.

In conclusion, the researchers validated that MEMRI is a better method than standard MRI in measuring brain activity. They also proved their hypothesis that administering manganese over seven days, as opposed to giving a single dose, eliminated the problem of the rats becoming sluggish. Overall, these results demonstrate that MEMRI in which osmotic pumps administer manganese over time improve studies.

Researchers hope the techniques they described in this pair of papers will be useful in other studies investigating the brain responses to foods of varied molecular structures, such as FCH and potato chips. Further studies could delve more deeply into alternate fat/carbohydrate ratios and the palatability of snack foods with sweet or salty flavors.

People around the globe are gaining weight faster than ever. Identifying improved ways to monitor brain activity in eating-relating studies might help explain the molecular basis of overeating and, perhaps, help determine the effectiveness of potential interventions. While maintaining a healthy weight will continue to be a complex issue, better information promises to benefit researchers, clinicians and patients in the battle against weight problems.