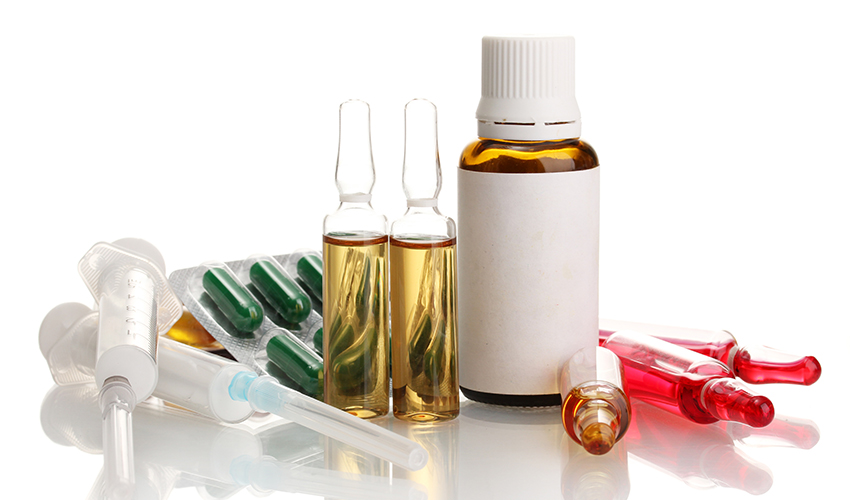 During in vivo fluorescence imaging, diseased cells and tissues are usually detected by one of the three methods:

Cell lines that are genetically manipulated and express fluorescent proteins can be introduced into a variety of animal models. These studies prove extremely useful because resulting daughter cells also express the fluorophore and can be longitudinally observed without affecting the signal intensity for each cell.

However, this method has certain limitations as fluorescent protein expression may not be consistent and extensive resources and time is required to establish an animal model or stable cell line. There is also a possibility of the occurrence of reporter silencing.

In addition, most fluorescent proteins work in the blue to orange wavelength range – a range where strong tissue autofluorescence as well as absorption and scattering occurs. Thus, far-red fluorescent proteins are under development providing higher signal to noise ratios and circumventing the above mentioned drawbacks.

Exogenous cell labeling offers an easy way to transfer fluorescent molecules to cells, thus allowing their detection. The cells are, in utmost cases, labeled via pre-incubation cell membrane affine fluorophore like DiR (Invitrogen) or XSights (Kodak/Carestream) with the cell culture medium, washed and applied via e.g. intraveneous or intraperitoneal injection.

Injectable probes cover targeted, activatable, or free fluorophores. Targeted probes generally include a fluorophore conjugated to a targeting ligand, for instance an antibody that binds to a bio(macro)molecule of interest, thus improving the concentration of fluorophore at the target site.

An activatable probe typically includes a fluorophore conjugated to a quenching molecule that inhibits its visualization. The fluorescent quencher is usually joined to the fluorophore through a peptide linker with a consensus sequent that can be identified by particular enzymes. As soon as the peptide is cleaved, the quencher separates from the fluorophore resulting in an activation of fluorescence, which functions as an indicator for the presence of the enzyme.

Nanoparticles and free fluorescent dyes can occasionally be utilized to non-specifically localize to compartments in the body, such as the retentive and leaky vascular networks in tumors. Benefits of injectable fluorescent agents include the facile detection, ease of synthesis, longitudinal use, and commercial probe availability.

In this analysis, an imaging experiment combines two of these strategies: Tumor cells, which were exogenously labeled, implanted and subsequently identified via optical imaging as well as by applying an injectable (targeted) probe specifically targeting tumor cells but offering a different emission spectrum like the one used for the labeled cell approach. The targeted probe injection was designed to localize late-stage tumor development at the end of the study, while the exogenous cell labeling revealed early localization and detection.

The combination of these two methods can compensate for the time point that each method may fail to provide consistent data. By merging labeling methods, it was assumed that the cell labeling technique would improve quantitation and visualization of early-stage tumor tissue, whilst the injectable probe would promote the same for later-stage tumor tissue that had undergone numerable mitotic divisions to have adequate quantities of NIR fluorescent tags.

In addition, a Multimodal Animal Rotation System (MARS) was utilized to optimize quantitation by driving the mouse to particular angular positions to improve optical signal capture.

After 19 days of the initial cell injection, the injectable probe (called Tetra) was applied in the form of a single intravenous injection. The mouse was imaged 3 days later to allow sufficient binding of the injectable Tetra probe to the tumor site.

Results and Discussion
Two separate subdermal tumor masses were identified through imaging of the mouse. These masses were joined by a bridge of tumor tissue and labeled as “Tumor 1″ and “Tumor 2”. These well-defined masses could be localized in the RGB composite image. The respective fluorescence of these masses was measured, as shown in Figures 1 and 2.

Tumor 1 was inferred to be the established primary-tumor region as it exhibited high signal intensity from X-SIGHT 761 in the NIRF images. Through X-SIGHT 761, the visualization of Tumor 1 was distinct with a target/non-target ratio peak of 12.6, as shown in Figure 2.

As the tumor developed a secondary mass, endocytic concentration of X-SIGHT 761 went below the threshold-detection levels, and no signal was observed in the respective images. This restriction of pre-cell labeling was overcome by injection of the Tetra probe. This compound marked both tumors almost equally and produced peak T/NT values of 2.56 and 2.66, respectively.

Conclusion
In this study, an experimental protocol to image both early- and late-stage tumors has been described without using a genetic reporter. A mouse model was injected exogenously with tumor cells, which were marked with X-SIGHT 761 nanoparticles. Using the X-SIGHT 761 pre-label, an early tumor mass was also effectively visualized.

Then, an innovative probe was injected to identify a later-stage tumor, while simultaneously imaging the first tumor with almost equal fluorescence intensity.

Long time-point visualization with the injectable probe and early-stage tumor imaging with the X-SIGHT pre-label shows a powerful method for in vivo fluorescent tracking of tumors.

In addition, the MARS system was utilized to optimize quantitation by driving the mouse to particular angular positions to improve optical signal capture.