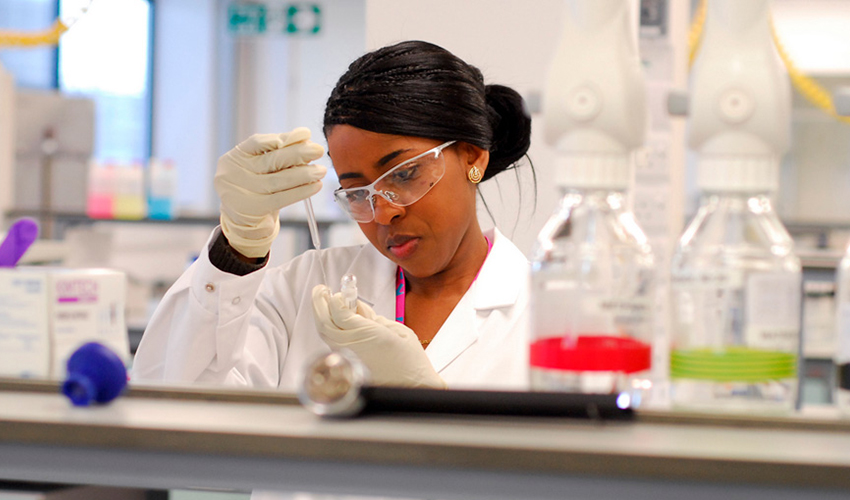 “The London 2012 Olympics drug-testing facility at Harlow has taken high-throughput forensic quality control to a new level, unprecedented anywhere in the world. Once the Games are over this investment and expertise will form a new long lasting legacy... a unique world class resource that will drive phenome research to new levels revolutionizing patient healthcare.”

A ‘Golden’ Olympic Legacy for UK Healthcare Research
The London 2012 Anti-Doping Centre based in Harlow, Essex, provided by GlaxoSmithKline, have enabled Kings College London to operate a 24 hour Anti-Doping Science Centre which has seen magnetic resonance, imaging and mass spectrometry equipment being used to test athletes.

Developed specifically for London 2012, the Centre’s cutting-edge technology and expertise has already secured a ‘golden’ future. The facilities will now form a truly lasting legacy as a world-class resource that will help revolutionise healthcare.

Once the last Games tests are completed, the world’s first phenome research centre will be established in January 2013.

The MRC-NIHR Phenome Centre will develop world-leading diagnostic capabilities promising better targeted treatments for patients with a wide range of common diseases such as diabetes, heart disease and dementia.

Research at the new Centre will focus on investigating the phenome patterns of patients and volunteers by rapidly analysing blood or urine samples on an unprecedented scale. This will help explain why some people or groups of people are more susceptible to disease than others.

Patients will benefit from faster and more accurate diagnosis and researchers will be able to develop new drugs and treatments based on a clearer understanding of the characteristics of disease.

The new Centre will be funded over five years by an investment of £5 million each from the Medical Research Council (MRC) and the Department of Health’s National Institute for Health Research (NIHR).

Imperial College London led the development of the original proposal to establish the MRC-NIHR Phenome Centre and will seek to develop methods of analyzing new classes of metabolites, and interpret the data generated, collaborating with Bruker and other instrument suppliers to maximise the technology.

“The possibilities offered by the Centre are ground-breaking, as it will provide new ways of understanding the complex interactions between people’s genes and their environment that determine their disease risks”, said Professor Jeremy Nicholson, head of the Department of Surgery and Cancer at Imperial College London and Director of the MRC-NIHR Phenome Centre.

“Metabolic profiling will give us a new dimension of understanding about the factors that contribute to disease, as well as crucial information for predicting how individual patients are likely to respond to treatment. The Centre will build on the critical mass of world-class phenotyping research expertise we have established at Imperial, and we look forward to strengthening this by working with public and private partners on the MRC-NIHR Phenome Centre.”

Dr Manfred Spraul, Director of Applied NMR business development at Bruker BioSpin GmbH, said “Based on long-lasting and very successful collaborations with Professor Jeremy Nicholson at Imperial, Bruker is pleased to actively contribute to the new MRC-NIHR Phenome Centre and help revolutionise the understanding of the causes and mechanisms of disease”.

“Nuclear magnetic resonance and hyphenated technologies, together with improved biofluids and tissue data analysis, will enable personalised phenotyping using top-down system biology tools combined with conventional clinical diagnostics and patient information. We consider the centre to be the crystallisation point for a future network of phenome centres around the world.”

Read about the opening of the MRC-NIHR Phenome Centre