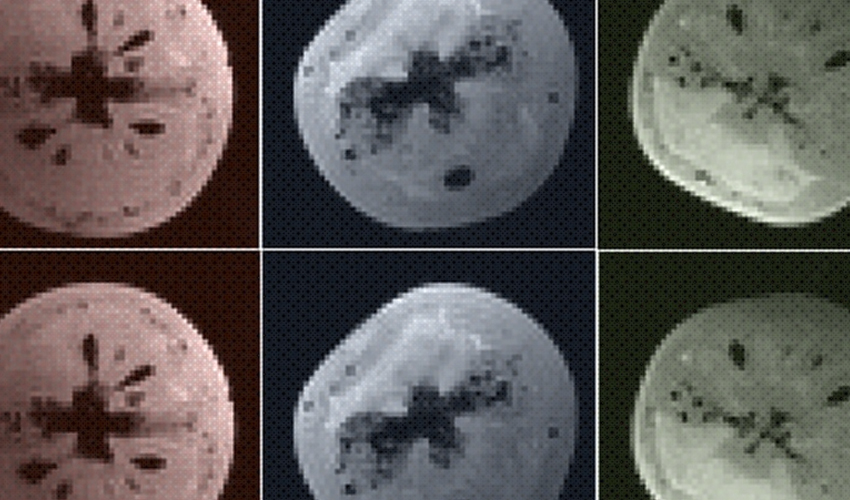 Inner-Volume Imaging (IVI) employs Spatially Selective Excitation (SSE) in order to restrict excitation of transverse magnetization to specified target volumes and the acquisition FOV is reduced to cover only these volumes for the purpose of shorter measurement times and/or enhanced spatial resolution. Limitations due to impractically long SSE pulse durations were efficiently overcome by the principle of Parallel Excitation (PEX) / Transmit SENSE. Recently, first examples of PEX in three dimensions have been presented.

By means of this technique, generation of transverse magnetization can be restricted to arbitrarily shaped 3D inner-volumes. In this context only little attention has been paid so far to the interesting fact that outside the specified target volumes the magnetization is rotated during the pulse, but is fully restored to the longitudinal direction by the end of the pulse. This means that when successively exciting different non-overlapping sub-volumes, each sub-volume is not affected by previous excitations restricted to the other ones, similar to conventional multi-slice techniques.

The present work exploits this feature for Multiple Inner-Volume Imaging (MIVI): In many applications the selected repetition times (TR) are much longer than the period required for excitation and acquisition, e.g. for reasons of triggering, specific contrasts or evolution delays.

Such long idle times can be efficiently exploited to image multiple sub-volumes in an interleaved fashion within one single TR (Fig. 1b). Compared to successive imaging of the sub-volumes in independent experiments (Fig. 1a), measurement time is significantly shortened, T1-relaxation prolonged and SNR enhanced.

Fig. 1: Excitation and acquisition scheme for imaging of 3 sub-volumes by successive imaging (a) and interleaved imaging (MIVI) (b)

Fig 2: Axial section of a 3D scan of 3 cherry tomatoes (a). Selective excitation of one single tomato (b). axial (c) and coronal (d) section of zoomed high-resolution imaging of the single tomato.

Fig. 2a shows an axial section of the conventional 3D-FLASH scan performed in 6 min with a FOV containing all three tomatoes. Based on this pilot scan, three ellipsoidal sub-volumes were selected as indicated by different colours. Representative for all three sub-volumes, Fig. 2b demonstrates the excellent spatial selectivity of the applied 3D SSE pulse which features homogenous excitation of the first tomato while no significant signal is generated from the others. This enables reduced FOV imaging with enhanced resolution as depicted in Fig. 2c,d where an axial and a coronal section of the first tomato are shown.

Afterwards, scans of the tomatoes were performed in successive experiments from which axial sections with equal spatial resolution as in Fig. 2a are shown in Fig. 3a. The total measurement time for the three datasets adds up to 3 x 3min = 9min (which even eliminates the benefit of reduced-FOV imaging in this case).

The MIVI approach allows interleaved excitation of multiple sub-volumes of a larger object within a single TR. Hence, it allows shorter measurement times without any saturation penalties or provides enhanced T1-relaxation for the same total measurement time compared to successive imaging of the sub-volumes. Besides multiple inner-volumes also multiple independent objects can be imaged with one single setup and scan. Another application may be to divide one object into sub-volumes with the possibility to reduce the measurement time to the duration needed for scanning only one sub-volume (at the expense of SNR). Since for different volumes also acquisition FOVs of different size are possible, small target volumes can be imaged with high resolution while the gross of the object is imaged with the same number of phase encoding steps and less resolution for an overview of the surroundings of the target volume for instance.

However, repeated excitation and acquisition according to the MIVI approach prolongs the minimum TR achievable in the pulse sequence. Therefore MIVI becomes extremely interesting for sequences in which fixed TRs longer than the minimal possible value are chosen. In such cases, like T2-weighted imaging, MIVI can improve scan efficiency several times. If spin echo based sequences are applied, also the refocusing pulses are required to have the same spatial 3D selectivity as the excitation pulses in order not to invert other volumes.