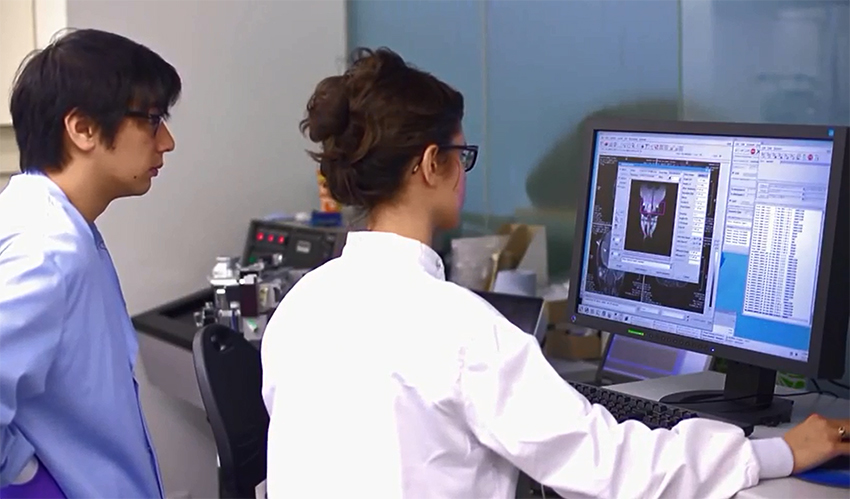 Bernard Siow is an MRI physicist at the Center for Advanced Biomedical Imaging (CABI), as well as head of the MRI facility at the Francis Crick Institute.

In an interview, Siow talks about the multimodality approach CABI is taking towards biomedical imaging, as well as the exciting new Crick project that is currently under development.

By using different modalities, the scientists can acquire much more information about tissue and pathological parameters than if they used just a single modality. Each modality is associated with various limitations and by using lots of different ones, the scientists find they are less restricted in what they can achieve, performing many different studies across a wide range of diseases.

Siow’s main area of interest is a technique called diffusion MRI, which he uses to obtain information about the microstructure of tissues. The MRI voxel on a clinical scanner is around 1 mm in length, whereas the type of spatial information Siow wants to obtain is only around one micron in size.

To get spatial information a thousand times smaller than the size of the voxel, Siow uses diffusion MRI to examine the way water diffuses along cells and estimate, for example, the size of an axon. In particular, axon diameter estimates are important in the diagnosis of many neurodegenerative disease.

Another area Siow looks at that is associated with microstructure is the permeability of cells, which is often abnormal in diseases such as multiple sclerosis.

Siow also talked about the Francis Crick Institute that is currently under construction at Kings Cross, London. As head of the MRI facility, Siow is responsible for developing the imaging areas at the center.

This exciting new project is a collaboration between six establishments – the Wellcome Trust, Cancer Research UK, the Medical Research Council, University College London, Imperial and King’s College, London. The institute plans to employ around 1500 scientists who will be able to work in a very open and collaborative environment where lots of ideas can be exchanged between the various groups of researchers.

Siow graduated from Imperial with a degree in physics. He then completed a master’s degree and PhD in MRI physics in Newcastle before moving to London as a post doc.