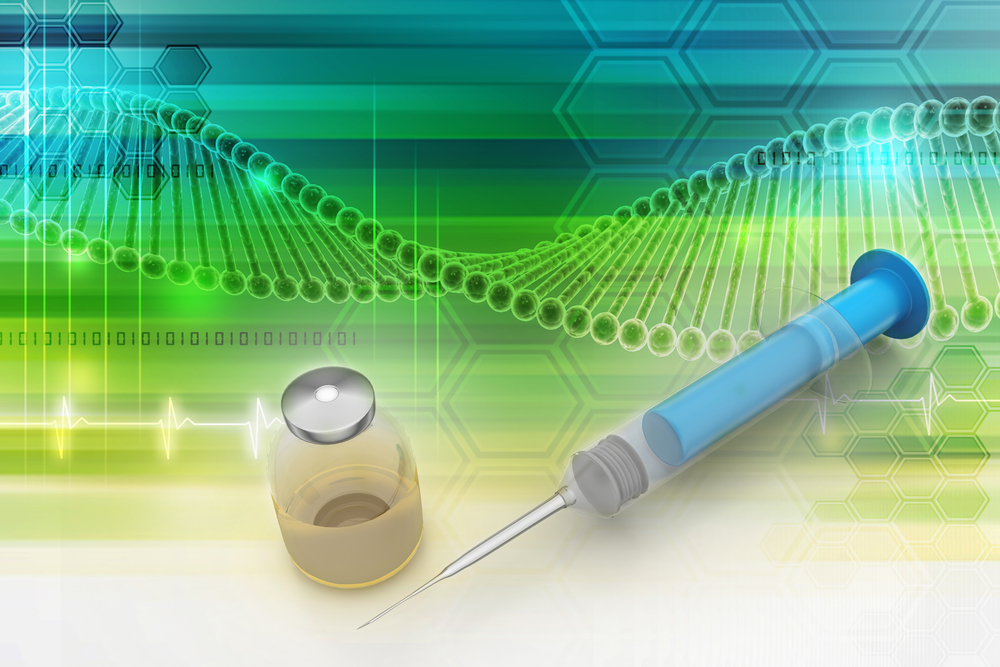 Vaccination provides protection against future infection by a given agent by priming the immune system to produce the necessary antibodies. This has traditionally been achieved by introducing either specific antigens or live infectious agent that has been modified (attenuated) so that it is no-longer able to cause disease. Recently, however, a radically new approach to vaccination has been developed. Rather than directly introducing the protein against which an immune response is sought (the antigen), the DNA sequence encoding the protein is introduced into the body within a plasmid and the antigens are then produced in situ. Such vaccines are easier to manufacture and store and offer the added advantage of eliciting both B- and T-cell responses.

DNA vaccination has proved highly effective in preclinical animal studies but has failed to stimulate such strong immune responses in humans. It has been suggested that this may be due to poor antigen expression. Thus, the efficiency with which introduced DNA leads to antigen production has been investigated using small animal whole body in vivo imaging. This is the first study to directly compare the in vivo performance of proteins expressed from introduced DNA.

Plasmids containing DNA encoding a fluorescent or luminescent protein (tdTomato, mCherry, Katushka, tdKatushka2 or luciferase) were introduced into 6–8 week-old female BALB/c mice using intramuscular, subcutaneous or tattoo delivery. Images were obtained on 3, 5 and 7 days after transfection. Fluorescence was observed using the In-Vivo MS FX Pro (Bruker Biospin) for 60 seconds. Prior to imaging mice were anaesthetized, shaved and depilated (to avoid autofluorescence at the imaging site) Luminescence was observed by intraperitoneal injection of Rediject D-Luciferin and of light emission measurement for 4 minutes.

Protein expression was greatest after intramuscular delivery, with a signal detected in three out of the five mice for each fluorescent protein except mCherry, which was not detected in any animal regardless of delivery route, (Figure 1). No signal was detectable in any animal after tattoo delivery. Of the signals detected, the strongest was obtained with dTomato, although this was still weak. Slightly better expression was detected with luminescence imaging after intramuscular delivery.

Mice also underwent DNA vaccination by the intramuscular, subcutaneous and tattooing routes with DNA expressing influenza hemagglutinin. The mice were immunized on Days 0 and 14, then infected via the nasal passage with 5×105 PFU influenza virus on Day 28. The numbers of cells of the immune response present in the lung were determined using a disposable multiwell hemocytometer and serum antibodies specific to the influenza virus measured using a standardized ELISA.

All immunized mice were shown to have acquired protection against influenza infection compared with non-immunized mice. However, the immune response differed according to the route of immunization delivery. Tattooing and intramuscular immunization caused a strong antibody response, whereas subcutaneous immunization elicited a strong T-cell response.

It thus appears that the level of protein expression observed does not give an accurate indication of the level of immunity acquired following vaccination. Unfortunately, therefore, this suggests that in vivo whole animal imaging of fluorescent proteins is not a viable method for predicting DNA vaccine efficacy.