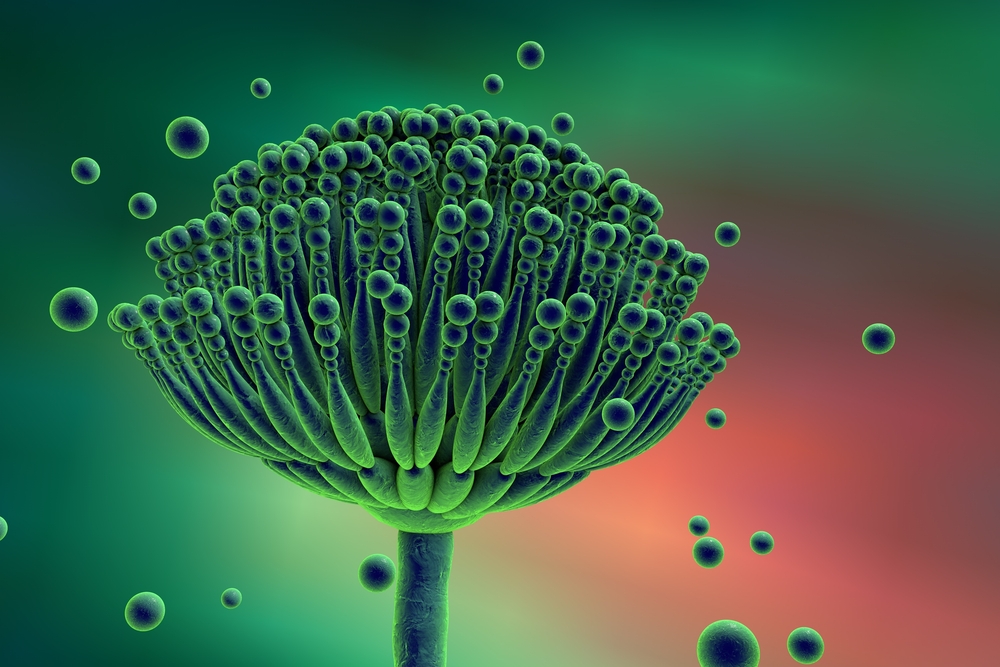 Invasive fungal infections are a major cause of morbidity and death in immunocompromised patients. For example, patients who have cancer may suffer from invasive fungal diseases as a result of their immune systems being weakened by high-dose chemotherapy.

Although much progress has been made in the diagnosis and management of opportunistic fungal diseases, diagnosis and treatment still pose significant challenges. The non-specific symptoms of these fungal infections can slow diagnosis and for this reason, scientists are trying to develop highly specific diagnostic tests that will rapidly target fungi and allow localization of infection sites.

Researchers Hubertas Haas and colleagues from the Innsbruck Medical University in Austria have recently developed a promising new radiotracer for localizing Aspergillis fumigatus infection. A. fumigatus is the most common cause of invasive fungal disease in immunosuppressed individuals and can lead to chronic pulmonary infection, allergic disease, morbidity and eventually death.

Researchers have previously developed radiotracers for A. fumigatus. However, although those radiotracers did demonstrate potential at specifically targeting the pathogen, they were not actively taken up by it. This has led Haas and team to investigate whether an iron uptake system used by A. fumigatus could be used as means of incorporating a radiotracer into the pathogen.

During infection, iron is an essential nutrient for A. fumigatus and other pathogens. However, under infection conditions, host proteins such as ferritin and hemoglobin sequester available iron, essentially starving pathogens of the nutrient. As a result, pathogens have evolved highly efficient mechanisms for acquiring iron from the host and one of the mechanisms used by A. fumigatus is siderophere-mediated iron acquisition. A siderophere is an iron chelator secreted by the pathogen in order to scavenge for ferric iron [Fe (III)]. Following iron chelation, pathogen uptake of the siderophores is mediated by specific transport proteins called siderophore iron transporters.

Previous studies have shown that Ga (III) has successfully been used as a substitute for Fe (III) inside siderophores, as a way of characterizing their uptake and the complexes they form. Haas et al therefore decided to substitute Fe (III) with 68Ga, a radiotracer that has become increasingly popular over the last decade.

The study showed that 68Ga labelling of the siderophores was easily achievable, particularly with the siderophore tria-cetylfusarinine (TAFC). In a rat model of aspergillosis, uptake of 68Ga–TAFC by A.fumigatus was 20 times greater in infected lung tissue than in healthy tissue. The complex was also rapidly eliminated from the body intact via renal excretion, suggesting excellent metabolic stability. In a further rat model, of A. fumigatus pulmonary infection, high contrast medical imaging was performed using the Albira PET/SPECT/CT small animal imaging system developed by Bruker BioSpin. The system generated high resolution, accurate PET images that showed pronounced accumulation of 68GA–TAFC at affected sites.