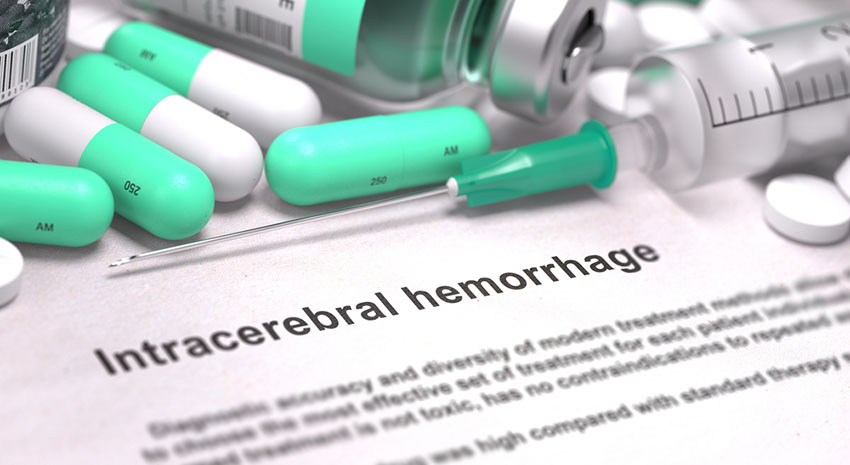 Neurological outcomes are poor among individuals who experience intracerebral hemorrhage (ICH), a common form of stroke. Up to 50% of patients die within 30 days of ICH and less than one third of survivors ever regain functional independence. Furthermore, there has been little improvement in recovery rate after ICH and no effective treatment strategies are available.

An interesting potential approach to ICH therapy is the administration of apolipoprotein E- (apoE) derived peptides. ApoE combines with lipids to create the lipoproteins that transport cholesterol and other lipids in the blood. A healthy blood cholesterol level is essential to protecting against cardiovascular problems such as stroke and heart attack and a number of studies have shown that the apoE genotype is linked to ICH incidence and outcomes.

However, researchers are unable to explore the potential therapeutic effects of intact apoE holoprotein because this molecule cannot cross the blood-brain barrier (BBB). A number of studies have therefore explored the use of smaller apoE peptides, derived from the receptor binding region of apoE. There is strong evidence to suggest that these peptides can indeed improve neurological outcomes in animal models of acute brain injury.

With this in mind, Beilei Lei and colleagues from Duke University Medical Center in Durham, US, have developed a 5-amino acid peptide derived from the polar binding face of the apoE receptor binding region. In a recent study, the team looked at the therapeutic effects of this pentapeptide, namely CN-105, in a murine model of collagenase-induced ICH.

Within 24 hours of ICH induction, mice were administered either three doses of CN-105 (0.05 mg/kg) or saline by tail vein injection.

The team found that CN-105 was neuroprotective and improved functional outcomes following ICH, both in the short-and long-term. Furthermore, CN-105 was ten times more potent than other apoE-based peptides that have been tested in similar models.

However, CN-105 had no effect on hemorrhage volume between 2 and 24 hours following ICH, as indicated by magnetic resonance images obtained using Bruker BioSpin’s 7.0T MRI scanner and Paravision 5.1 imaging software.

The authors say the findings highlight the promising therapeutic potential of CN-105 for patients with acute ICH.

“CN-105 has significant potential for clinical translation as an acute ICH therapeutic, although future studies must attempt to replicate these findings in other ICH models and higher order animals,” they conclude.