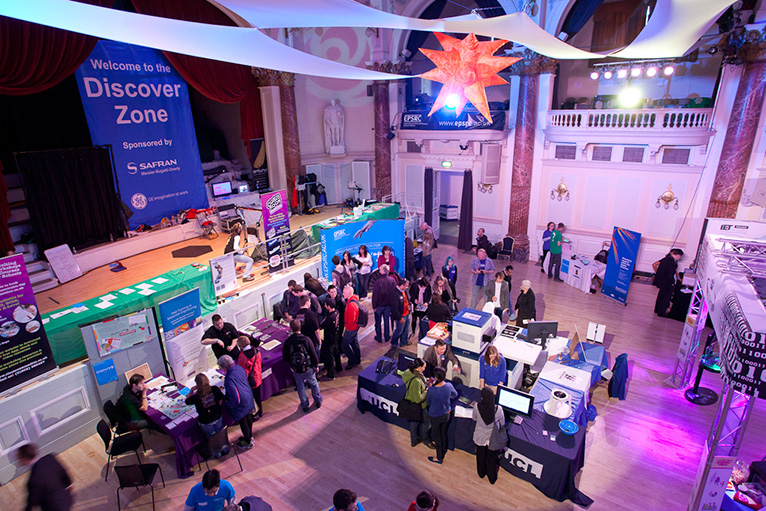 “This week, at the UK's annual Cheltenham Science Festival, children from schools across the country, together with adults and many attending scientists got a chance to get up close to MRI and see high resolution scans performed live!”

The Festival brings science ‘alive’ for both UK schools and the public at large through entertaining and challenging experiences, with a week long programme of lectures and debates combined with a unique, live and interactive display of hands-on science in the ‘Discover Zone’.

Co-director of the Festival and Director of CABI at UCL, Dr Mark Lythgoe has been the driving force behind the Icon’s appearance, and thanks to members of his team at UCL, the Icon’s ‘Can You Scan it/Guess the scan?’ interactive game has been quite a hit with all attendees.

Live scans and guessing games at the busy Icon stand

It’s often harder than you think to guess a fruit or vegetable from an inside view!

Guessing a few scans correctly wins you a badge! The Bruker ‘I❤SCIENCE’ badge was the most popular, but stickers and badges of fruit scans and science are now being proudly worn all over the festival!

Thanks to the Icon’s compact size, cryogen-free technology and amazing power-on performance, Dr Andrew Lonergan and applications specialist Dr Saaussan Madi from Bruker have been performing high resolution scans ‘live’ since the start of the festival.

Many of the attendees, from school children to leading scientists in their field, have been very excited to see first-hand the amazing images of fruit and vegetables. Prior to the show visitors were asked to bring in items for scanning, and a variety of items have included small plants and moss.

The Discovery Zone, which is also open to the public, was featured on UK national television, and Dr Mark Lythgoe has been interviewed for a variety of news media.

MRI of fruit scanned ‘live’ at the Festival

These reports, together with the latest scans performed at the show are appearing across numerous news and websites. We’ll have more links for you next week, but for now here are some to whet your appetite:

The Icon will continue performing live scans until the festival closes on Sunday June 17th, so if you are nearby why not pop in and have a go yourself?

A full round-up of the Icon’s festival appearance will be posted next week – with an update on more of those live scans (including a pig’s eyeball) and news of some significant visitors to the Icon’s stand.