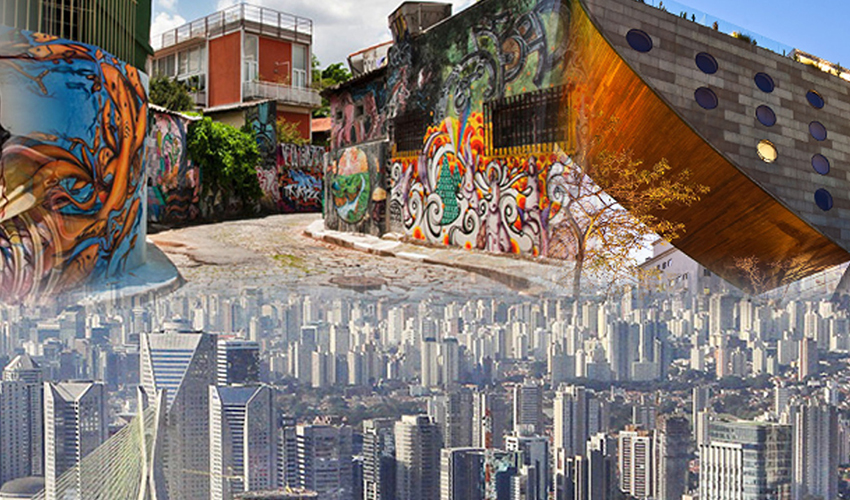 There is some fantastic science and research going on in the country, and some really great researchers

Second in our series of “Getting to Know” articles, we visit South America to learn a little of what it’s like to work in their expanding scientific marketplace. Bruker’s South American office is located in São Paulo State, known for being one of the largest metropolitan areas, with one of largest city’s in the world, a place of stunning contrasts in old and new architecture, and home to some of the most colorful streets in the world thanks to a wealth of street artists.

As with our China article, insights from our very own colleagues based in regional offices are the ideal source for insights. For our second article we are lucky to have Alexandre Schefer, Executive Director, Brazil sharing his local knowledge and experience.

First of all, can you give us an introduction to Bruker Biospin’s activities in Brazil?

The history of Bruker in Brazil is quite short! Before 2001, all our activities in South America were through distributors. Bruker AXS was the first division to open an office in Brazil, and Bruker Biospin joined them in 2005.

São Paulo (Saint Paul) is the largest city in Brazil, and the Americas

As the NMR market has grown in Brazil and in South America, we have grown as well – we now have seven employees working here, out of 50 in total for all the Bruker divisions, and we get a lot of support from our colleagues in the USA and Germany as well.

On top of that, we also still work extensively with our distributors, to help cover the whole continent.

Is it difficult covering such a huge area with a small staff?

It certainly can be a challenge. There are seven of us and we are all travelling most of the time – it can be hard to get any time in the office! However, because travelling is quite difficult in South America, and some of our customers are quite remote, they do appreciate it a lot when we go and visit them.

It is a completely different situation to the USA, for example – even though the USA is bigger than Brazil, Bruker has a lot more offices dotted around, and the transport infrastructure is much more established, so it is less of an issue for Bruker colleagues to travel around the country to see customers. In Brazil, and especially in the other South American countries, it is a much bigger deal.

In particular, when we have visiting colleagues from Germany or the USA here – usually technical colleagues from applications or service visiting for conferences and workshops – we try to extend their visits so that they can come and see the customers as well. We can help them with their specific applications, share any news we have, and run workshops and user meetings to help explain some of the advanced applications available with the instruments.

That really makes the customers here realize that they are important to Bruker – that they are not being left out just because they are based in a slightly remote location.

Is there a difference in the distribution of customers in academia and industry, compared to the US and Europe?

Yes, that is one of the main differences between our market here and Bruker’s “home” markets in the USA and Europe. The vast majority of our customers are in academia – either universities, or in federal research institutes. This is especially true for the high field NMR products – I would say that 95% of our high field instruments are in academia, with very few in industrial labs.

The benchtop instruments are much better represented in industry, but they are largely used for quality control and some development, rather than real industry-driven research. In general, I think there is a lack of knowledge about magnetic resonance in general, and what the applications can be in research.

In the USA and Europe, there is a strong culture which has built up around NMR and magnetic resonance, as the technology has developed. This has been missing in Brazil and South America – the general conception of magnetic resonance is that it is used for medical imaging, and the true breadth of the applications just isn’t widely known, especially in industry.

So that is one of the major challenges that we have here – to educate people about what NMR can do for their research, whether it be in raw material analysis, protein structure elucidation, preclinical studies, or any other area.

How does the developing/emerging market in Brazil affect the market for Bruker’s instruments?

Brazil has experienced some very fast economic growth (at least up until the financial crisis in 2008), along with the other countries in the “BRIC” group – Russia, India and China, as well as South Africa.

However, with the international economic situation since 2008, and some recent political issues, the economic growth has not been as strong as at its peak. Investment in science in general has slowed and become much less predictable.

I think the outcome of the current presidential elections will have a big influence on the future of science in Brazil – there has been a great deal of government investment in science in the past, and the decision to continue that investment or reduce it could have a huge impact on research and on the market for analytical instruments.

What political changes do you think would be most beneficial for science in Brazil?

I think the two most crucial areas that require investment are infrastructure and education.

There is some fantastic science and research going on in the country, and some really great researchers that I am proud to be able to work with. However, there are some key limitations that are holding them back from achieving as much as they could.

The most obvious limitation is probably infrastructure, particularly for the larger, high-field instruments. You can’t even think of installing a large NMR magnet in a lab if you don’t have a reliable electricity supply. The transport infrastructure, as we’ve said, can make things difficult, in terms of getting people together for conferences or smaller collaborations.

There is also more investment needed in fundamental education. There are universities in Brazil which are starting to compete on an international level – but for their research at the top end to compete with universities in North America, or Europe, or Japan, there needs to be a higher quality of education for younger people.

Students are arriving at university with a much lower level of education than they would get in a developed country, so it takes longer for the teachers to get everyone up to the same level, and that indirectly limits the level of research as well.

These are the key areas to focus on for most developing countries I think, and Brazil is no exception.

Unlike many developing countries however, I don’t think the limitations are fundamentally economic – Brazil has the money available to be able to make a real difference in these areas.

It will be up to the next president, whoever that will be, to commit more resources to these crucial areas and allow science and research to continue to grow in Brazil.

Is access to the internet helping to work around some of these limitations in the infrastructure?

Certainly, yes. It makes it easier for us to provide support to our customer base all over the continent, since we can contact them online without having to physically go to them in many cases.

Also, it really helps researchers here become more a part of the global research community. In the past, even if they attended the conferences and so on here in Brazil, there was a feeling that the latest information was taking time to reach here, that people were a bit out of touch.

Now, through online communication channels, researchers can be sure that they are aware of the latest developments at the same time as anyone else in the world – that perceived barrier is gone.

Another major driver for our activities at Bruker here in Brazil is to make more and better use of the online channels we have – being able to answer any queries we receive through the website as quickly as possible, and using things like WebEx to get our information out to our contacts more efficiently.

We are already starting to make great use of these tools, and I think in the near future you will see a lot more of that.