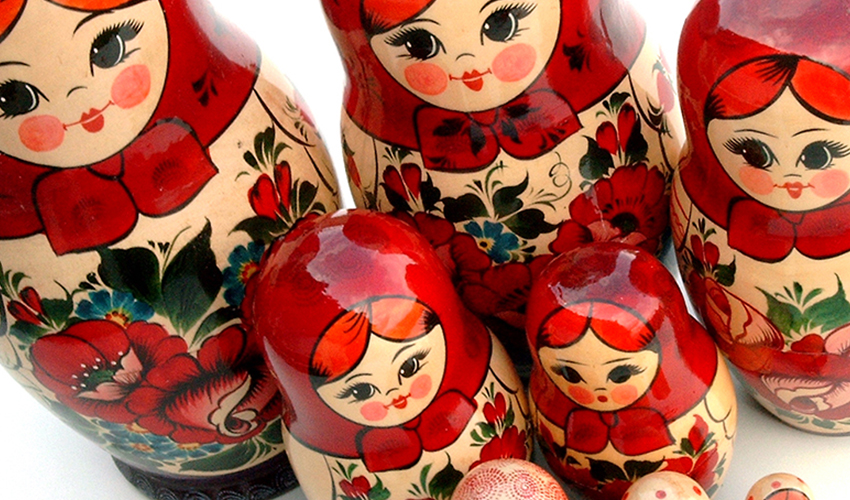 Next in our series of “Getting to Know” articles, we visit Russia to discover Bruker’s long history in the country, before and after the days of the Iron Curtain.

For this article we are delighted to have had the support of key colleagues from our Russian offices, so thank you to Dr. Maxim Dashtiev – Head of Bruker BioSpin Russia and CIS, Dr. Denis Kuznetsov – EPR specialist, and Dr. Vadim Kachala – NMR specialist.

Here they share some unique insight into the challenges of supporting the active scientific communities across the entire region.

Can you tell us something of the history of Bruker in Russia?

The history of Bruker in Russia started in the 1970’s, with the first Bruker representatives in USSR – Uwe and Barbara Eichhoff. They led Bruker’s presence in the Soviet Union for over 20 years, establishing relationships with the USSR Academy of Sciences and many Soviet universities, and building a great reputation for Bruker in Russia and the CIS countries which has continued to the present day.

In the beginning of the 1990s, after the Soviet Union collapsed, the Russian economy went through some very hard times, and funding for science suffered. Despite this, the scientific community stayed alive, and almost all of the existing Bruker instruments were at least kept in working condition, even if no new instruments could be purchased.

During those years, Uwe and Barbara made a huge effort to keep Russian colleagues supplied with spare parts as far as possible. Finally, in 1995, two brand new, fully digital DRX-500 NMR spectrometers were ordered and delivered to Moscow and Novosibirsk. That marked the beginning of a new period of expansion for Bruker in Russia.

The subsequent rapid increase in the number of installed Bruker instruments led to the establishment of the first local office in January 1998.

One of Bruker’s longstanding partners, the N.D. Zelinsky Institute of Organic Chemistry in Moscow, which was equipped with five NMR spectrometers by that point, housed a handful of permanent employees of Bruker BioSpin and Bruker Optics, handing sales and service activities for Russia and the CIS.

Since then, Bruker Moscow’s staff has significantly expanded, and in 2011 we moved to a refurbished building in the historical center of Moscow, equipped with spacious meeting rooms, complete repair facilities and our own cutting-edge demo lab.

How many staff work for Bruker in Russia today? Are there offices beyond Moscow?

Today Bruker Russia employs more than 70 employees, and we have offices in Moscow, Saint Petersburg, Yekaterinburg, Kazan and Novosibirsk – the most important Russian scientific centers. They look after all the marketing and service functions for the region, including demonstrations, sales, installations, and technical and application support for the full range of Bruker instruments.

Bruker Russia also puts a lot of effort into supporting scientific and industrial conferences on spectroscopy and applied fields. Our application specialists participate in all such events, to announce Bruker’s latest developments in these fields to the community, and to make sure we always keep pace with the latest research.

Furthermore, we regularly hold our own user meetings and educational seminars, which are a wonderful way for us to communicate directly with our customers, and to receive important feedback on our work and products. The meetings also allow our customers to share their experiences with each other.

We are making significant efforts to be more than just an equipment supplier – we want to be more of a coordinator in the advanced spectroscopy community, and to help spread the word about the latest achievements in the field.

How would you describe your customer base? How do the academic and industrial markets compare in Russia?

Bruker BioSpin’s main products, research-class NMR and EPR systems, have traditionally been sold primarily into academia – that is certainly true in Russia. However, over the last decade, TD-NMR and compact EPR systems have started to gain ground in certain industrial markets, such as the food industry, materials research, dosimetry, etc.

One very important benefit for our EPR division is that the Electron Paramagnetic Resonance method originated in Kazan City – the phenomenon was first discovered there by Prof. E.K. Zavoisky in 1944.

Thanks in part to this heritage, there are several highly experienced research groups based at Kazan Science Center who use Bruker’s range of high-end EPR research systems to their full capabilities. We are also proud to have loyal EPR and NMR customers in prestigious research groups based in Novosibirsk Academic Town (the main science center in Siberia) and, of course, in Moscow.

Despite our strength in academia, markets dominated by private companies in Russia are still rather weak for Bruker unfortunately – this is true to some extent across all Bruker products, although it differs somewhat between divisions.

As mentioned before, we put a lot of effort into engaging with the spectroscopy community, and we are keen to raise the profile of magnetic spectroscopy in particular, and introduce it into industry and the fields where it has yet to become very popular.

Are there any unique approaches to engagement with the Russian customer?

We provide all of our service and application support in Russian – we translate all the Bruker manuals, tutorials and application notes. This helps our customers to broaden their scientific abilities and get as much from their spectrometers as possible, as they don’t miss out on material simply because it is harder for them to engage with in a foreign language.

We also widely practice local training courses on-site at the customers’ lab. We have found that education and training given both in users’ native language, and in their ‘home environment’, promotes a much better understanding of the material, and allows them to more easily reproduce advanced experiments and methods on their own instrument.

What events do you run or contribute to across the region?

For the last two years, we have held big user meetings in Moscow and Kazan, which were very successful. We also ran a number of smaller Bruker events in other cities, and in other CIS countries apart from Russia.

We also participated in all the major international scientific conferences, including ‘SPIN-2013/2014’, ‘Magnetic Resonance: Fundamental Research and Pioneering Applications’, ‘Modern Development of Magnetic Resonance’ and many others.

Has the recent political/economic situation influenced Bruker’s activities in Russia?

We strongly believe that science should remain above politics. In any case, we think the prestige of the Bruker brand and our position on the Russian market is definitely strong enough to deal with some inevitable but temporary difficulties caused by the current situation.

For the time being, we do not plan to slow down or stop any activities – on the contrary, we will increase our efforts to nurture the scientific community, and develop all possible areas of expansion for Bruker in Russia and the CIS.

What are your thoughts on the future of scientific analysis in Russia?

We look forward to the growth of scientific centers in Russian universities. A very promising emerging movement is the development of ‘centers for collective use’, where young scientists can work with state-of-the-art instruments, to demonstrate the full scale of insights achievable through magnetic resonance. An early but very important step in this direction is the recent installation of five NMR spectrometers and one high-end FT-EPR spectrometer at Saint Petersburg State University.

The most promising trend in EPR instrumentation is the upcoming release of the highly competitive EMX desktop spectrometer series, which should be a very attractive device for educational use and routine laboratory analysis.

Read our other “Getting to know” articles on China and South America.

To contact these, or any other Bruker office, please visit the Bruker.com offices worldwide page for details.