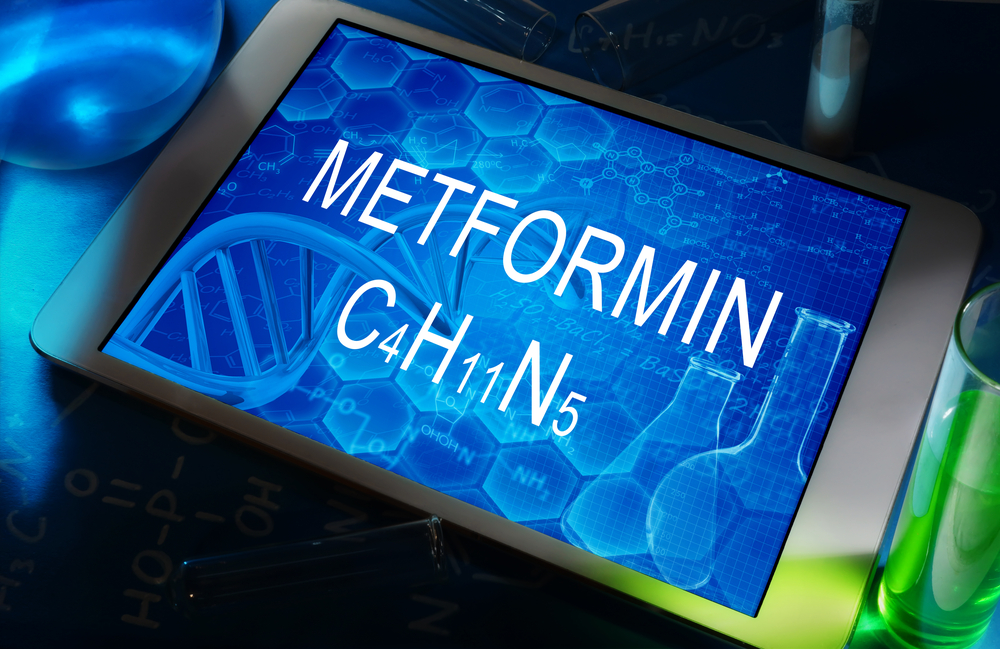 Long-term metformin treatment causes a selective increase in 18F-FDG uptake by the colon.

Metformin is a biguanidine oral anti-hyperglycemic treatment. It helps control blood sugar levels by suppressing glucose production in the liver and is the first-line treatment for people with type 2 diabetes. Metformin is known to interfere with 18F-fluoro-deoxyglucose (18F-FDG) positron emission tomography (PET) imaging of abdominal tumors.

18F-FDG is a radiolabelled glucose analogue. Once injected, it is taken up by energy-hungry tumor cells that over-express glucose transporters on their surface. The radiolabel consequently becomes concentrated at the site of cancer lesions and can be visualized using PET. In patients taking metformin, however, there is often also a high level of radioactivity in the bowel that hinders interpretation of 18F-FDG PET images. The radioactivity in the bowel can be misinterpreted as a tumor or may prevent an actual malignant lesion in that area from being detected.

Researchers have recently investigated this apparent anomaly in mouse models. 18F-FDG PET images were taken over 3 months in mice who had received a short course of metformin, mice receiving long-term metformin, mice whose long-term metformin had been stopped 48 hours before imaging and mice who had never been treated with metformin. Complete body PET scans performed with the Albira showed that gut glucose uptake remained relatively constant in mice receiving no treatment or short-term metformin, but was markedly increased in mice exposed to long-term metformin. This effect was observed even when metformin treatment was stopped two days before testing. After 1 month, whole-body glucose consumption decreased in the long-term groups, but remained constant in the no treatment or short-term groups.

By measuring the levels of 18F-FDG in the different intestinal compartments the researchers were able to determine that the increase in glucose uptake occurred specifically in colon tissue. Furthermore, evaluation of intestinal enzyme and gene expression levels indicated that metformin specifically inhibits the mitochondrial production of adenosine triphosphate (ATP), the main energy source of a cell, in colon cells. This prevents uptake of glucose from the gut and stimulates anaerobic production of ATP.