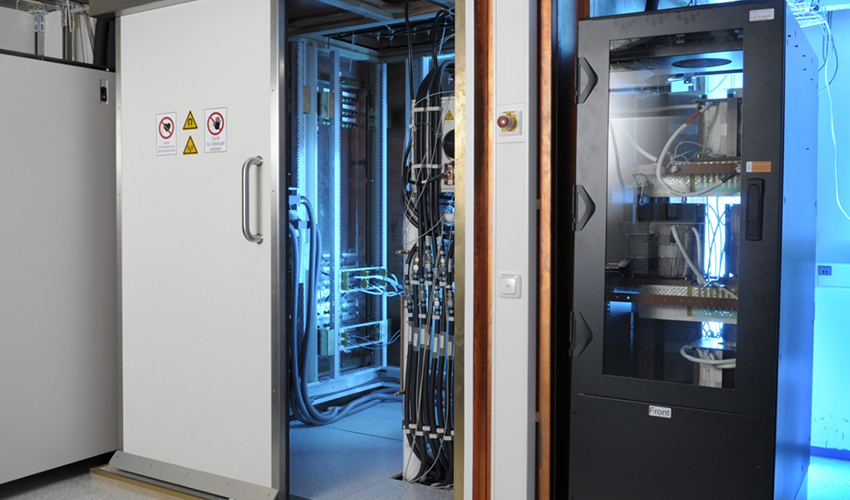 A group of 6 animals was treated with Sorafenib, a multikinase inhibitor blocking tumor cell proliferation and angiogenesis whereas a second group of rats (n=6) was administered with Entinostat –MS-275- a benzoamide with activity against HDAC of class 1 and 2. The choice of these two compounds was supported by evidence in literature reporting a significant reduction in tumor mass after 3/4 weeks of treatment.

The efficacy of the different drugs’ administration was monitored over an approximate 4-week timeframe by running T2 -weighted anatomical MRI acquisitions. The results were then compared with those obtained in a control group (n=3) that received only the drug vehicle.

One million McA-RH7777 cells were collected and washed twice with PBS. Cells were then re-suspended in 0.2 mL of DMEM medium and injected with a 27G needle under the hepatic capsula of the left lobe of the liver of anesthetized Buffalo rats.

Drug Administration and Animal Treatment
Sorafenib was dissolved in Cremophor EL and 95% ethanol (50:50) and administered at a dose of 30mg/kg in 500 μL vehicle once daily. Treatment started 1 week after cell inoculation and continued up to 24 days.

MS-275 was suspended in methanol. This stock solution was diluted at least 20-fold with water for injection, to a final maximum concentration of 0.5% methanol before injection. Administration was performed at a dose of 3mg/kg i.p. per day. Treatment started 1 week after cell inoculation and continued up to 24 days.

Administration was performed at a dose of 3mg/kg i.p. per day. Treatment started 1 week after cell inoculation and continued up to 24 days.

MRI Experiments
For MR experiments, animals were anaesthetized with isofluorane gas (about 1%) in a mixture of 33% O2 and 66% N2O. During the experiments, anaesthesia was maintained by adjusting the gas level as a function of breathing rate.

These parameters were chosen following an optimization procedure to achieve high resolution images with good contrast.

After the end the experiment, the animals were given an overdose of gas anaesthesia and the livers were excised for macroscopic evaluation.

Results
Both Sorafenib and MS-275 were effective in reducing tumor growth compared to animals treated with just the vehicle (see figures 1 and 2).

A significant reduction in the tumor growth rate was observed in treated animals after the end of the 1st week of administration. This effect steadily increased over time, reaching its maximum at the end of the study.

In addition, Sorafenib was effective in limiting lung metastases and tumor spread to kidneys, spleen and peritoneum, which affected 80-90% of the control and MS-275 animals, as confirmed by our autoptic examination.

Find out more about the Icon