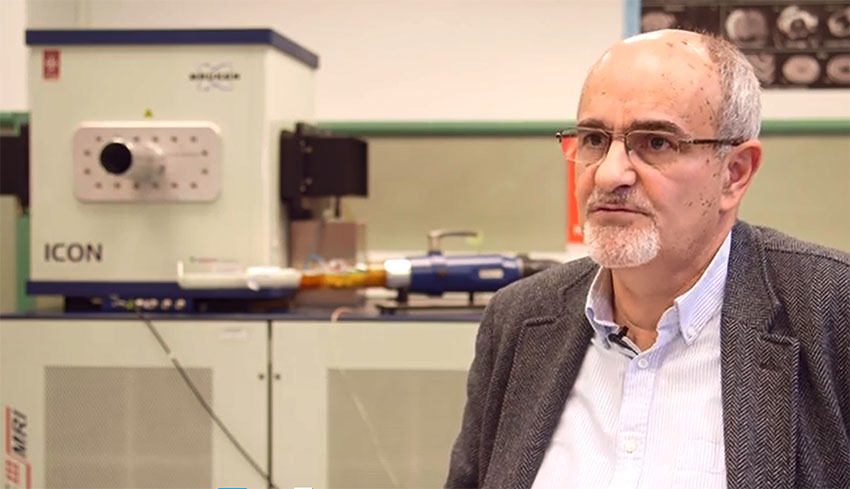 Magnetic resonance Imaging (MRI) is a widely used, non-destructive, analytical technique used to conduct cellular and molecular level research in the fields of chemistry, biology, and medicine. One important application in the field of MRI is the study of biological tissues using small animal models.

At the Complutense University in Madrid there are research support facilities, called CAI’s (Centros de Apoyo a la Investigación). One of them, the CAI of NMR and ESR, is a nuclear magnetic resonance (NMR) supercenter where researchers can perform a range of small-animal MRI experiments using state-of-the art equipment and abundant resources. The center offers these services to researchers at Complutense, as well as collaborating with other institutions and private companies.

In an interview with News Medical, Juan-Manuel García-Segura, head of the center, outlined the main MRI applications his team focus on and how the acquisition of a low magnetic field, compact MRI scanner from Bruker has transformed the capabilities and services the center can offer. As the market leader in the technology of preclinical magnetic imaging, Bruker BioSpin’s solutions for preclinical and molecular MRI are available for small-animal MRI applications in the fields of life science and preclinical and biomedical research.

García-Segura and colleagues decided to purchase Bruker’s ICON scanner as a solution to the struggle they were facing trying to provide the amount of MRI imaging experiments users were demanding.

For twenty years, a BioSpec MRI system from Bruker that has a 4.7 Tesla magnet has been used at the center. However, the increasing demand for MR imaging meant that the available time on this magnet was eventually saturated. Another problem the center faced was a shortage of space and an inadequate financial budget to house new MRI equipment at another site or building.

This prompted the team to try to find a new MRI instrument that could answer the demands placed on them by their long waiting list of users, while also eliminating the installation restrictions faced when using a high-field superconducting magnet.

However, what the team realized was that the bulk of the experiments people were using the BioSpec system for were actually routine imaging studies. An instrument that could be used to absorb the burden of these routine explorations would therefore provide the perfect solution. The team also wanted people to start using the new instrument on a self-serve basis, because they only had a limited number of technicians available.

By acquiring the 1 Tesla ICON compact MRI scanner with its small footprint and low running costs, García-Segura and colleagues found they were able to solve all of their problems, as well as free up valuable time for the more sophisticated experiments that are performed with a higher field magnet.

“We liberated the high-field system for more sophisticated studies and shifted the routine exploration to the ICON,” said García-Segura. In addition, “we were very interested in the possibility of a machine that any user could work in a safe manner with open access and not be limited by the availability of a technician.”

García-Segura proceeded to describe some of the main routine experiments the team uses the ICON for in applications involving mice and small or young rat models. The ICON is primarily used for anatomical MRI to measure the size of induced lesions such as vascular ischemic lesions in the brain of mice, the growth of an implanted tumor in rats, and to visualize the fat inside a rodent that has been subjected to metabolic alteration.

With its 1 Tesla magnet, the ICON is also especially suitable for relaxometry studies performed at the center. “As relaxometry experiments take up a lot of time, it was a good idea to have a 1 Tesla magnet, which is well designed for measuring relaxation times. But at the same time we liberated our high-field magnet for doing experiments that do need high-field,” explained García-Segura.

The researchers also use the ICON for the cardiac MR imaging they have recently implemented and García-Segura described the results as amazing. In fact, the center now provides a routine cardiac MRI service for the study of the structure and function of the heart, with performance that is similar to that achieved with the BioSpec 4.7 Tesla system.

García-Segura says he and his team are now in a very good situation and that the ICON was the right product to address their particular problems. He surmises that other groups are probably facing a similar situation in trying to provide their MRI services and for those people he highly recommends purchasing the ICON.

“They have high-field machines for more sophisticated experiments but the routine, day-to-day work needs to be done in a machine which is flexible and ICON is that. So, it’s a good choice. I would recommend it,” he concludes.